I had a couple Moments last week, when everything was perfect and in my mind and emotions there was only space for pure, wordless happiness. Such highs! I just really like this photo. It's not directly related to my post, except maybe it makes me wanna buy some expensive cheese and go camping, and I do those things somewhat regularly out here.
The first one came on Sunday night, after an exhausting shift at work. I stumbled into the employee dining room around ten pm and had a snack before dragging my sore server's feet up the hill to the dorms. Like every other night, people were outside hanging out. I had to be at work at 6:30am and had every intention of going straight to bed, but for some reason, I knew I would stay up until the wee hours of the morning and I knew it would be a good time. I trust my instincts when it comes to sleep deprivation - if I don't feel like staying up, I don't (this is the case most of the time). But when I'm feeling it, I know it's going to be a good night. And lo and behold, twenty of us ended up sitting on the edge of the boat dock, on Jackson Lake, looking at the stars, laughing, singing-a-long. After a loud and passionate rendition of "You Are My Sunshine," I thought my heart would burst from joy.  And then, around 2am, a couple of boys jumped into the lake. My friend Allie and I followed. It was oh-so-cold and exhilarating.

The next Moment came a few days later, near the end of another exhausting shift working on the restaurant deck. I was busily cleaning my tables and checking on customers when I noticed people were coming outside with their cameras and I looked up and saw a particularly brilliant sun set. My co-server, Josi, and I put away our towels and extra ketchup bottles and sat down at an empty table and stared out toward the mountains. "I don't think I could ever work at another restaurant after working here. You just can't beat this," I said. Josi told me he's going to work at Signal for the rest of his life. A woman overheard Josi and started asking questions about our experience in the Tetons and at the end of the conversation she said, "I wish I'd done something like this."

And I know a fulfilling life doesn't just consist of sing-a-longs on boat docks and majestic mountain ranges and adventures. But those things sure do help.

This morning I started reading Anna Karenina and in the first chapter Tolstoy writes, "There was no answer except the usual answer life gives to the most complicated and insoluble questions. The answer is: carry on with your everyday affairs..." 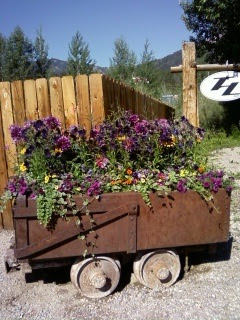 A pretty little boxcar flower bed outside Nora's Fish Creek Inn, where we had Breakfast Club last Saturday morning. I got pretty excited about the breakfast and the boxcar.
I hope, even when I'm not living in the Grand Tetons, I always choose to live my life in a way that makes every day affairs whimsical and joyful... and even when my affairs seem dull, ordinary, or confusing, I hope I keep finding something to get excited about anyway.
Posted by Mary Beth Brown at 9:59 AM 1 comment: Links to this post

Email ThisBlogThis!Share to TwitterShare to FacebookShare to Pinterest
Labels: tetons, The Moment, twenties

Choose your own adventure

Yesterday was a long, 20 hour day of fun. We pretty much made it up as we went along... 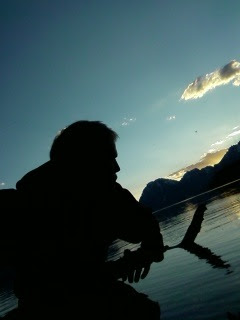 It all started on Wednesday night, down by the lake, skipping rocks, fighting mosquitoes... Ryan and Dan were talking about hiking up Paintbrush Divide on Thursday, after another employee did it last week and told said to them, "Don't do it. I almost died several times."  The divide is super icy, snowy, and steep. I said, "Guys, don't do that. It's dangerous."  They said, "We can do it." Later they invited me along and I said, "I'll go if we do something besides Paintbrush." They said, "Okay, let's do something else."  Pretty sure they appreciated having a girl for an excuse to back out.


We then headed to the bar and had a heaping pile of free nachos, compliments of Dan the restaurant manager. Over these nachos, jokes were told and Thursday's plans were made. Ryan, Dan, Crista, and I met for breakfast at 7am, rented a motor boat, and headed to Moran Bay ten miles across Jackson Lake. About halfway there, our motor died. The boys tried to fix the motor, with much enthusiasm but  little success. 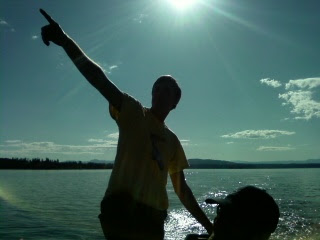 Crista and I looked for grizzly bears on the shore and imagined what it would be like to have a bunch of grizzlies swimming toward us, like sharks. We tried paddling but our oars were too small. Eventually, we radioed the marina and they towed us back to shore.

We regrouped, had some coffee and snacks, and decided not to give up on our day. We packed up everything we might possibly need on summer day in Wyoming, including but not limited to duct tape, hiking boots, bear spray, swim suits, paperback novels, and large quantities of food, and piled into Dan's car and hit the road with no particular destination in mind. Three hours later, we were in Idaho, hiking up a beautiful trail surrounded by wildflowers. Three uphill miles later, we reached a lake and the boys decided to climb to the peak of the mountain while Crista and I sat on a log, chatting about life. 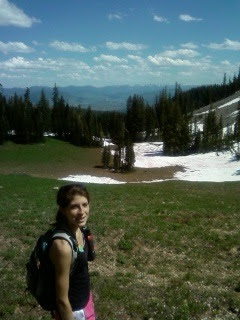 On the way back down, the boys decided to slide down a 100-yard snow field. 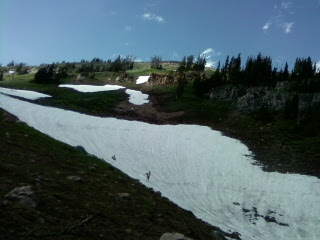 It was dinnertime, and I wanted to head back to Jackson to get in line for Harry Potter tickets. It was the midnight viewing of the final HP movie and I had to see it. Unfortunately, my partners in adventure wanted to check out a free outdoor music fest in Victor, Idaho instead. I wanted to throw a tantrum and insist on Jackson, but I'm not five-years-old, so I gave in. What a great decision that was. We parked on mainstreet and the first thing Dan saw was a funky old movie theater, advertising Harry Potter and the Deathly Hallows Part II. We immediately bought tickets, had a beer and played a game of horse shoes, then headed over to the park for the music fest. It was the perfect night... warm, breezy, with a slow pink sunset. I ate an amazing cheeseburger, made from locally-grown beef, and then had a second dinner of mango red chicken curry, and we danced to a very talented funk band from New Orleans.

At 10:30pm, we grabbed some coffee from a gas station and joined twenty or so high schoolers outside the movie theater to make sure we got good seats for the final Harry Potter. The theater, "Melodrama Playhouse," was so old and had so much character. 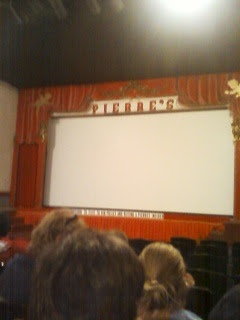 While we waited for the movie to start, exhausted but oh-so-happy, we drew Harry Potter lightning scars on our foreheads with Crista's eyeliner pencil. 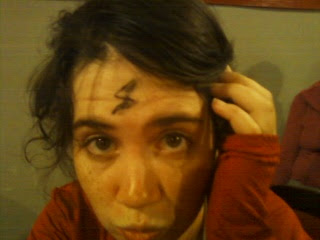 The movie was totally worth the wait and the sleepiness and the perfect end to an amazing day. We were all in bed by 3:30am and we all slept well. 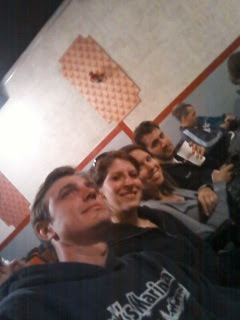 The end.
Posted by Mary Beth Brown at 3:58 PM No comments: Links to this post

I love food and I love eating out. Virtually all of my spending money goes toward elaborate restaurant meals.


Last Tuesday nine of us got dressed up and went into town for sushi. I'd already eaten dinner but ended up ordering a large drink and vegetable tempura (a Japanese style of frying stuff). Our final bill was over $400. WHAT?  But so delicious. On Sunday, Shelley and I celebrated the Fourth a day early with Teton Thai (another delicious $40 meal) and live music and fireworks in Teton Village. The fireworks lasted over twenty minutes. Pretty magical, right under the mountains. And last night, eight of us pigged at out Merry Piglets, a Mexican restaurant in Jackson. I couldn't move after we finished eating. I know - I KNOW - to order the tiniest, tiniest quesadilla whenever I eat Mexican because I can't stop myself from filling up on chips and queso... but the chimichanga sounded so good. 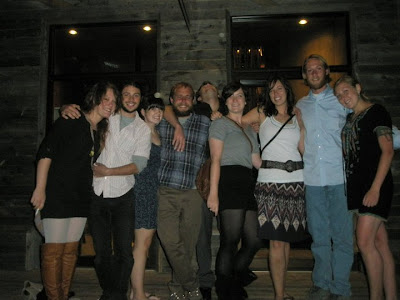 For low wage seasonal workers, we love to eat well.
I went on a little hike up Death Canyon today. It was gorgeous and good exercise. We saw four moose and actually had to turn around because one was spooked and giving us the evil eye. Earlier we'd run into a park ranger who chatted with us about the recent grizzly mauling in Yellowstone... When a hiker passed us and mentioned seeing a mother moose, the park ranger cheerfully nodded, "yup, be careful, they'll kill you too!"
How was everyone's Fourth?  I worked all day and missed Alabama folk. But I had fun the day before. I've really felt more American this past year. I guess ever since working here in Wyoming, my sense of Americanness has been growing. I've met a lot of people who are passionate about this country, in a wilderness and wildlife and natural beauty sort of way, and without realizing it that's given me a new appreciation for where I'm from. I think, too, because my last international travel experience (to Guatemala) was a challenge and because I'm getting ready to move back overseas, I've gotten more proud and protective. It's a weird but good feeling.
Have a good weekend!  I'm about to start my work week... Friday is my Monday. It gets confusing.
Posted by Mary Beth Brown at 6:34 PM 1 comment: Links to this post 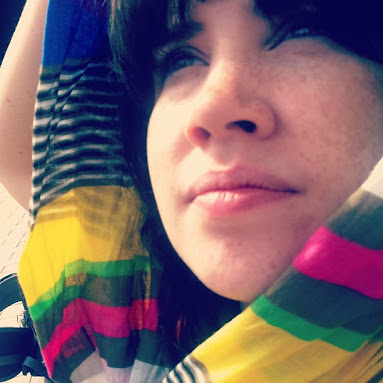 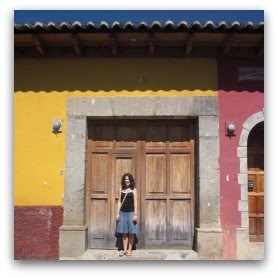 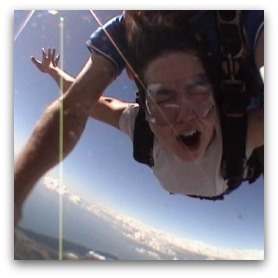